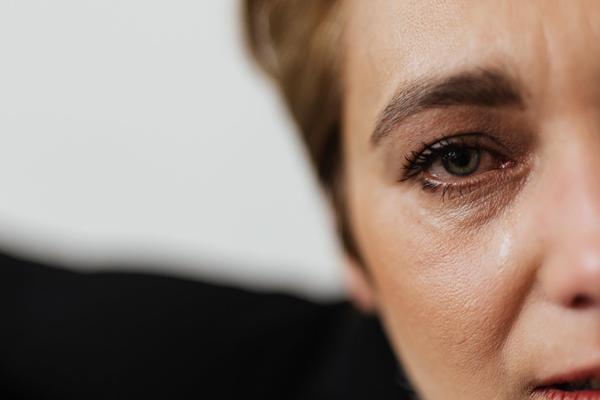 The Impact Of Cataract Surgery On Cognitive Function in the Elderly

Visual and cognitive impairments can interfere with daily activities and negatively impact one's overall quality of life. Previous studies, as well as population-based epidemiological studies involving older people, have demonstrated that there is a strong connection between visual impairments and poor cognitive function in the elderly.

A cataract is the most common eye disorder that affects the elderly. How it’s a common cause of reversible blindness suggests that cataract surgery may be a wise strategy for reducing the number of people who suffer from cognitive impairment.

What is Cataract Surgery?

Cataract surgery is a method that is implemented to restore vision loss caused by cataracts. While you are under local anesthesia, the clouded lens in the eye is removed, and a clear artificial lens replaces it.

During the method, you will not experience any discomfort, and it will take approximately 15 minutes. It will also be conducted as an outpatient procedure and doesn't necessitate staying in the hospital.

Additionally, eye drops for cataract surgery should be used for weeks after the procedure to aid in eye recovery and prevent infection. Approximately one week after your cataract surgery, you will receive a telephone assessment from the hospital.

Cataract surgery might be a frightening prospect at first, but it is one of the safest and most effective methods available today. Millions of cataract surgeries are conducted in the US, with many patients experiencing excellent results every year.

What Are Symptoms of Cataracts?

People who have cataracts may experience blurry vision, difficulty with glare, dull color vision, being nearsighted accompanied by frequent changes in eyeglass prescriptions (and, on rare occasions), double vision.

Along with blurring vision, you may notice color changes in your lenses, giving everything you see a yellowish or brownish cast. You may eventually have trouble distinguishing colors, especially blue and purple, and performing tasks that require color discrimination, such as reading.

A pair of glasses may be all that is needed to improve vision in the early stages of a cataract. But with worsening cataracts, vision will deteriorate to the point where even new eyeglasses will not help. At this point, the optometrist may suggest cataract surgery.

When one eye is affected by a cataract, some people may notice vision problems, while others may not see any issues until both eyes are affected.

What is a Cognitive Function?

It is a broad term that refers to the mental processes involved in the acquisition of knowledge, the manipulation of information, and the application of logic. Perception, memory, learning, attention, decision-making, and language abilities are studied domains of cognitive function.

Acquiring knowledge involves various processes, including listening, watching, reading, searching for information, and simply paying attention to what is going on around you, among others. In all of these situations, you are utilizing your cognitive abilities to gather information.

Impact of Cataract Surgery on Cognitive Function in an Aging Population

This section discusses how cataract surgery can impact the cognitive function of the elderly.

From US Census and International Data

According to data from the United States Census and international sources, the predicted proportion of people over 65 in many countries will increase dramatically over the next half-century. As a result, it’s expected that the proportion of patients suffering from cataracts and cognitive impairment will increase.

The interaction of cataract-induced visual impairment and cognitive disorders affecting the central visual pathways is unknown. However, some patients with early cognitive impairment benefit from cataract extraction.

But while numerous papers have been published on the relationship between visual and cognitive conditions, the evidence for cataract surgery improving cognitive function has been sparse. This is despite the prevalence of cataracts among patients with cognitive impairment.

Thus, when administering cognitive testing, it is critical to assess performance validity. Validity must be assessed throughout the cognitive evaluation.

This data comes from a prospective cohort study currently underway at Shifa International Hospital in Islamabad.

Patients 50 years or older with a MoCA (Montreal Cognitive Assessment ) score of 25 (the optimal cutoff point for diagnosing cognitive impairment) are part of the study. Age-related cataracts who underwent the first eye or first and second eye cataract surgery between April 2017 and March 2018 are included in this study as well.

The study examined the effect of cataract surgery on cognitive function in a subset of elderly patients. Without underlying neurological or psychological pathology, normal visual acuity correlates with normal cognitive function.

Before and two months after cataract surgery, the MOCA score was determined. The paired t-test is used to analyze data.

The MoCA was used to assess mild cognitive impairment at screening and change in cognitive function at weeks 8, 16, and 24 following the intervention. There is a significant difference in the MOCA scores pre- and post-cataract surgery (Mean=20.6, SD=3.49); t = 10.89, p=0.00.

These findings suggest that patients with cataracts have improved cognitive functions and a higher quality of life after surgery.

Cataracts usually don't cause any discomfort, blurry vision, or other symptoms in the early stages. However, you should consult an ophthalmologist if vision changes occur suddenly or painfully. Vision loss reduces physical, mental, and social activities, causing cognitive decline.

After surgery, some patients report improved cognitive function and quality of life. But despite these reports, there's still not enough evidence to support this claim. Additional research into this relationship is likely in the future.