Looking for a part time job, work from home, and make your own hours?  Help build FindContinuingCare.com!  See more here. 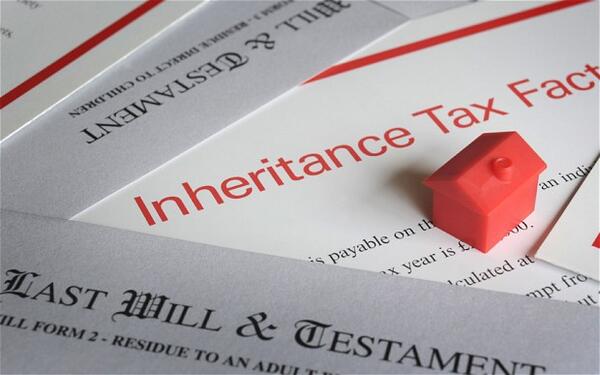 Understanding Inheritance Tax on US Properties

Whether you’re a property owner planning the future of your estate or you are inheriting property from a loved one who passed away, you might need to learn more about inheritance taxes on US property before moving forward.

Both estate taxes and inheritance taxes are used in the US, and many people don’t realize that there is a difference between the two. Not everyone will be responsible for paying either of these taxes, and some properties could lead to both being charged.

However, before you get worried about inheritance taxes, take some time to learn more about what they are, when they’re assessed, and what needs to be considered.

What Is Inheritance Tax?

An inheritance tax is a state tax paid by a person who inherits any estate from something that is deceased. The tax is typically a specific percentage of the estate value. Though this tax may be applied at the state level, there is no federal inheritance tax.

In some states, children and spouses of the deceased may be exempt from paying an inheritance tax at all, or they may be able to pay the tax at a reduced rate because of their familial status.

At this time, there are only six states that charge any type of inheritance tax on inherited property:

Let’s say you have inherited property or other assets from a deceased relative that lived in one of these states. You will need to file a state tax form and pay those taxes. Otherwise, you may face penalties, fines, and interest on the amount owed.

The state inheritance tax rate varies wildly between states. In some states it is just 1%; in other states, it is as high as 20%. The only way to be sure of what you will owe is to check the applicable state laws.

How Does Inheritance Tax Work?

After someone passes away, the estate executor will divide up the deceased’s assets and assign the beneficiaries. Then, each beneficiary will have their tax amount calculated so that they can pay the necessary tax.

Darren Robertson of Northern Virginia Home Pro gave us the following example: “Let’s say that your friend leaves you $10 million in their will, and your state charges a 6% tax on anything over $2 million. You would be responsible for paying 6% on the $8 million in excess of that $2 million. You would be responsible for $480,000 in taxes, and it would need to be reported to the state via an inheritance tax form.”

Inheritance taxes are always paid based on where the deceased benefactor lived rather than the state where the heir is living.

Are There Inheritance Tax Exemptions?

Thankfully, there are many states which have some exemptions in place for spouses, children, and other specific individuals. Such exemptions and deductions may include:

What Is The Estate Tax?

At the base level, estate taxes are a tax on the transfer of property at the time of death. The fair market value of all owned assets and items (including cash, real estate, trusts, and other assets) is calculated to generate the total gross estate. If the gross estate is high enough, there could be a federal tax on the estate before anything is dispersed to heirs.

Many people decide to organize their estate so that money is set aside specifically for estate taxes upon their passing so that the estate is still able to be fully divided to their beneficiaries.

What States Charge An Estate Tax?

Not all states charge estate taxes, but there are some states that do. The following states currently have some type of estate taxes in play:

In some cases, the state’s rules reflect the same federal exemption amounts for estate taxes. In other cases, however, states charge estate taxes at lower amounts. Regardless, the estate’s benefactor should be aware of what rules apply in their state so that the property can be prepared, gifted, and transferred in a way that minimizes these taxes as much as possible.